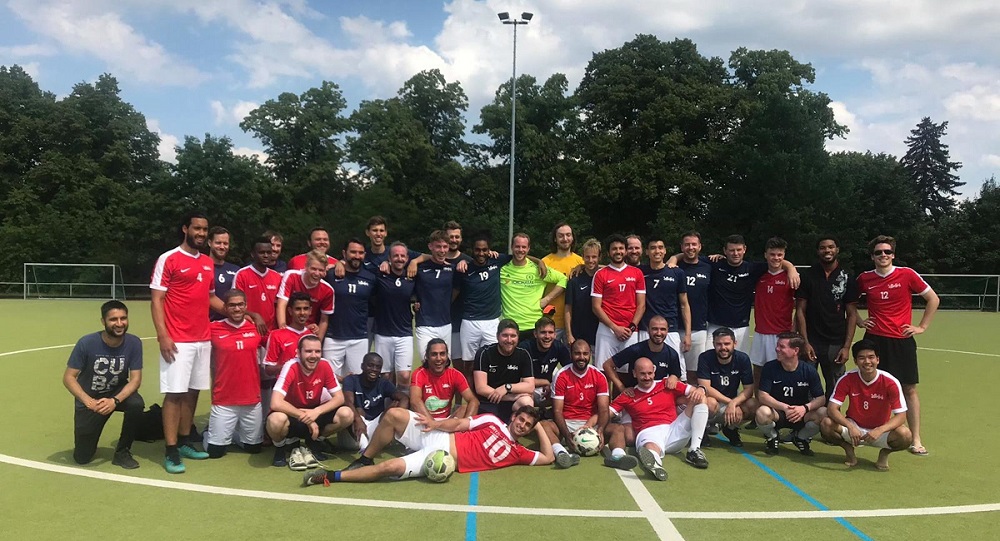 Welcome to the homepage of the British Lions FC, the original English speaking football team in Berlin. Our club has four teams (three open age 11-a-side teams and one over 30s 7-a-side team) competing in league and cup competitions in Berlin.

With a squad consisting of dozens of nationalities, we are one of the most international football clubs in Berlin. Our club is the perfect place for committed players for whom a friendly, social and international environment is just as important as the football. Come for the football – stay for the atmosphere!

We’re always on the lookout for new players to strengthen our squad, so if you’re looking to join an English speaking football team in Berlin, get in touch!

We use cookies to ensure that we give you the best experience on our website. If you continue to use this site we will assume that you are happy with it.Ok